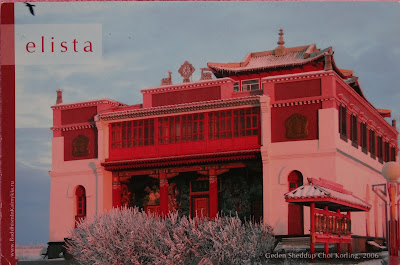 Elista s the capital city of the Republic of Kalmykia, Russia
Elista was founded in 1865 as a small settlement; the name is from Kalmyk els(e)n"sand(y)". In November 1920, Elista became the administrative center of Kalmyk Autonomous Oblast. By the early 1930s, Elista was transformed into a small city as thecollectivization policies of Joseph Stalin forced many Kalmyks to abandon their traditional pastoral nomadic lifestyle in exchange for a modern, sedentary, and urban lifestyle. In October 1935, Elista was recognized as the capital of the Kalmyk ASSR. On December 27, 1943, the Kalmyk ASSR was dissolved and its ethnic Kalmyk residents were forcibly exiled to Siberia. Russian people were brought in to repopulate Elista whose name was changed to Stepnoy (Степно́й). It was called Stepnoy until 1957, when the survivors of the deportations were allowed to return from exile. Some western tourists started to visit Elista from the mid-1990s, and more after it received publicity as the host city of the 1998 Chess Olympiad. The city is safe and has little traffic. On the outskirts of Elista, there are vast grasslands.
Got postcard from one dear Russian friend, Marina Spasiba 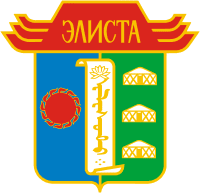 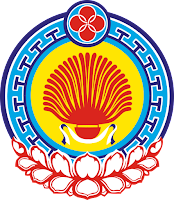 Coat of arms and flag of Republic of Kalmykia, Russia

Posted by EddieGunner at 3:59 PM

Email ThisBlogThis!Share to TwitterShare to FacebookShare to Pinterest
Labels: Russia

You have a beautiful collection! Hello from Montreal, Canada. :)

Please allow me to introduce myself

EddieGunner
Hi i em postcard collector from Bosnia And Herzegovina. I have a goal to collect postcard from all country's and regions in world.So if u can help me please contact me. EddieGunner@gmail.com